Merseyside has a big pool of quality players, however we are also proud of its very talented referees that we have at our disposal, including one former professional referee Peter Williamson and current professional referee Colin Humphries. We also have local referee and coach John Twist who has refereed a number of Individual competition finals. 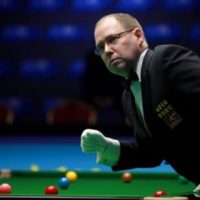 Date of birth: Too shy to tell?

Qualified as referee: 1988 and then by 1994 had passed all necessary exams.

First Pro match: It was a Challenge Tour game in Altrincham about 1996. Ken Owers was one of the players.

Most memorable match: Got to be Stephen Hendry against Nigel Bond at 2006 World Championship. It was only my second match at the Crucible and what a finish – it went to a respotted black in the last frame! Probably not Stephen’s most memorable game. Most embarrassing moment: I refereed Ronnie O’Sullivan a few years ago at the Crucible. He potted the black, but stuck it in the top of the pocket. I went to pick up the ball from the rail and placed it on the black spot, but it was a red instead.

If you weren’t a referee what would you do: I live on and own a farm with my brothers and sister so I probably have the best of both worlds.

Which is toughest rule to apply: Like most of my colleagues, I’d say the simultaneous hit. Unless you’ve got the benefit of a slow motion replay, it can be almost impossible to spot.

What do you carry in your pockets: Two pound coin and ball markers. Generally though as little as possible. Don’t want my pockets to rattle!.

Where do you get your gloves: Usually from Slaters and sometimes from China when we can get a supply of them.

Interests: Staunch Everton fan. I also enjoy playing billiards/snooker in my local league. I enjoy gardening and looking after my farm animals. 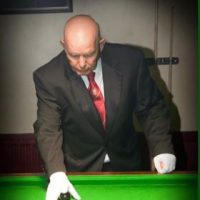 John Twist is a jack of all trades. He’s not just a referee who’s refereed some of the top players in the game, he’s also a coach, a business owner, and a decent snooker player to boot, judging by his highest break of 79. SnookerZone caught up with him when writing for Blasting News to talk about his Community Snooker project at the Halton Community Snooker Academy in Widnes. The project set up was to organize corporate team-building events in snooker surroundings bringing business employees together to strengthen their team unit in business. It’s something that snooker can be used for as the game is very much concentration based!

Can you state your name, age and where you are based? John Twist – Age 59 – Based in Widnes Cheshire.

How did you get into snooker? When I was 13 my neighbour took me down to my former primary school where there was a club attached with 2 tables. I am self-taught. What made you want to become a referee/coach? I became a referee when our league decided we needed some qualified referees. Passed my class3 than spent the next 4 years gaining my class 2 and 1 referee certificates. I’m a grade 2 certified coach.

Have you played in leagues/events and if so which ones? I play in the Widnes and district billiards and snooker league and enter competitions in the Merseyside and North West billiards competitions (county competitions).

If you were to create your own training aid product what would it be? I’ve not created my own aid, but, at the moment, I hope to have some aids made that people on the disability circuit can use. It’s like a rest only you move it about with your cue. It’s for the smaller children who can’t reach but using a rest is more awkward.

What tip/s can you give to those wanting to progress in the game? Leave the women alone and put the work in!

Who do you most admire in the game? Steve Davis has put so much into the game and is still working hard.

Have you got a nickname? Cueball, because my son and people in work call me because my head shines because I’m bald!

Finally, can you give us three things that people who don’t know you (or those who do) may not know about you? Well just over two years ago I had a major operation and I’m lucky to be alive and also have legs – very lucky! I have suffered from depression since my operation and also my mum passed away and I kept it bottled up inside me but now it’s out in the open after getting help and I feel such a big weight off my shoulders. Whoever reads this don’t leave it like I did – get help! At the moment, I’ve spoken to a lady about getting a room big enough to hold 2 tables in for my New training facilities for kids/adults and people with disabilities. 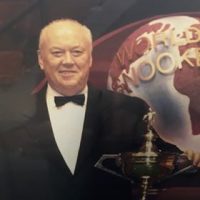 Qualified as a referee: In the late 70’s but qualified for the professional game in the early 1990’s.

First Pro match: It was at Bolton, probably 1991, and Simon Westcott was one of the players involved.

Most memorable match: I’ve been lucky to officiate seven 147s. But I remember a match between John Higgins and Anthony Davies in the Welsh Open. John won 5-3 in about 90 minutes. There were about four centuries and a 90. I wore a new pair of dress shoes and ended up with four blisters!

Most embarrassing moment: Doing four frames at the UK Championship one year with my fly open!

If you weren’t a referee what would you do: I spent 23 years working at Liverpool Airport so I suppose I’d be doing something in aviation.

Which is the toughest rule to apply: It has to be the miss rule though it has become a lot easier now than when it was first introduced. Players and referees now know what is expected of them. The interpretations weren’t always as clear cut.

What do you carry in your pocket: Two ball markers, a pen and a £5 coin.

Where do you get your gloves: Surprise, surprise….Paul Collier.