In week 3, we continue our series of ‘Mersey Legends’ profiles with a player who has been one of the most respected players on the amateur circuit for nearly four decades, the reigning and five times Merseyside Open Champion, John Welsh . Here is a rare insight into a player still regarded as one of the best players and coaches on Merseyside. 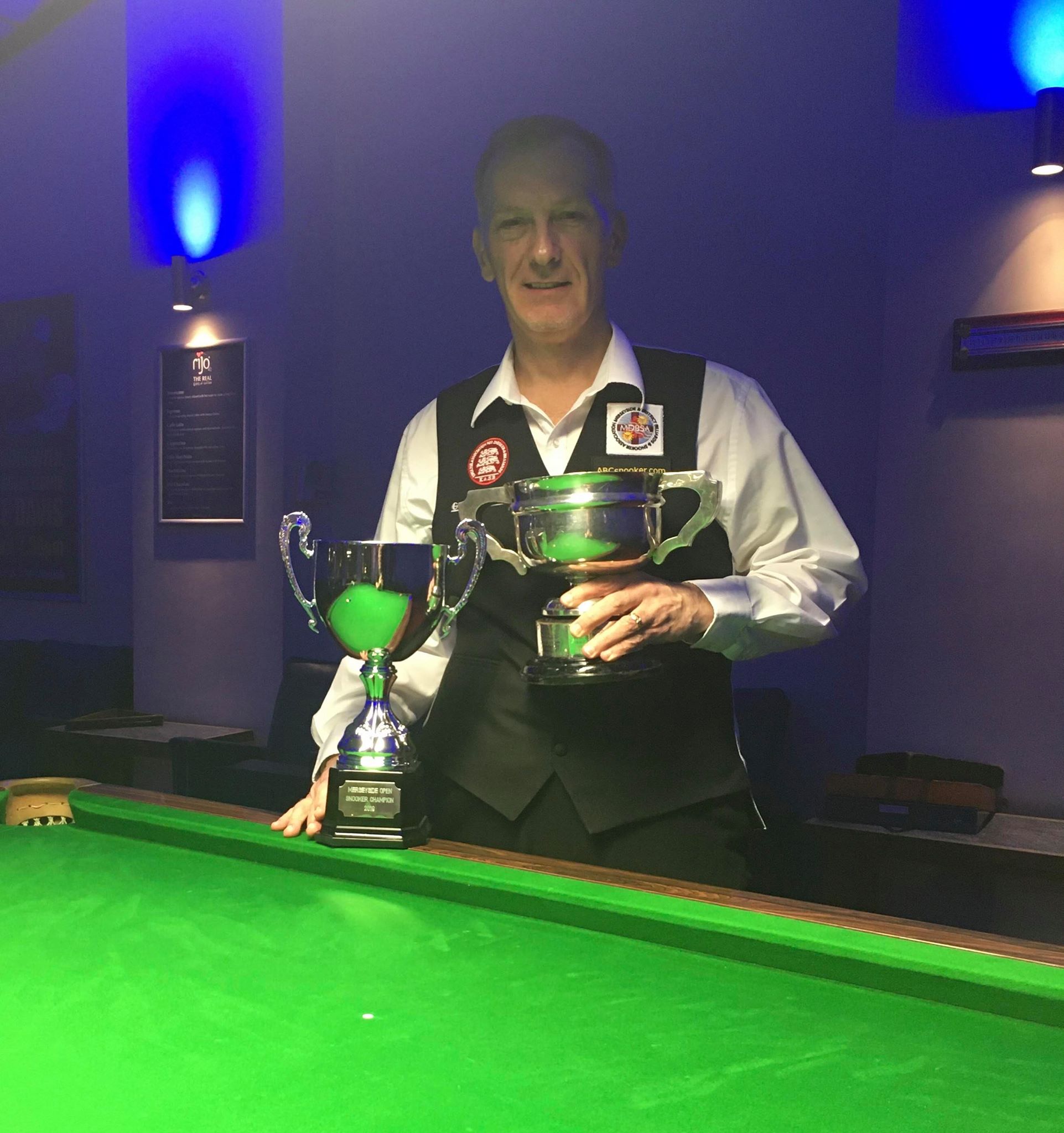 Playing for England, Winning National Over 40’s, a few Pro-Am’s

Nickname: I’m not sure if I have one, you will need to ask people what they call me !

Best Sporting moments:
1. Steve Davis’ first Maximum 147 on TV.
2. Sid Lane’s 103 break at Pontins when he was 76 years young, on an upstairs table with 15 reds where every red ball was a different shade!
3. Stuart Pearce emotionally charged penalty for England (the one he scored v Spain at Euro 96).

Favourite Places to visit: Wales, Lake District, anywhere away from the city.

My First 100 Break: The day I was going to play in my first ever Merseyside Championship when I was about 17-18. My Highest break at the time was 83 and I knocked in a 139 in the last practice frame before we left for the tournament, still in shock, I couldn’t pot a ball and lost 3-2.

Favourite Venue to play : My Old Plessey’s Club in Huyton, unfortunately no longer there. George Scott’s in Liverpool and Sheffield Snooker Academy.

What is your best ever achievement? Recovering from a fractured spine caused by a freakish accident in a local park in 2017 and to be able to play again within six months at the George Scott Pro-am, I made a ton in my first match with just four days practice……plus any match I’ve won from being 3-0, 4-1,5-1 etc behind in, too many to mention.

Who is the toughest opponent you have ever played? Myself, everyone else seems normal.

Special Note: Winning the Merseyside Open for the fifth time in 2019 was very special to me as it was 34 years after my first win……

And Finally…..
If you were playing in the World Final at The Crucible, apart from your family, which 3 celebrities would you invite as your special guests ? I would invite Ian Brumby, Rod Lawler and Ian Doyle. Three great snooker friends. Celebrities don’t interest me!!!!