This week we feature one of Merseyside’s most successful players in recent years, a winner of multiple titles both at junior and amateur level, and still one of the best players in the region. Here’s an in-depth insight into Clayton Humphries. 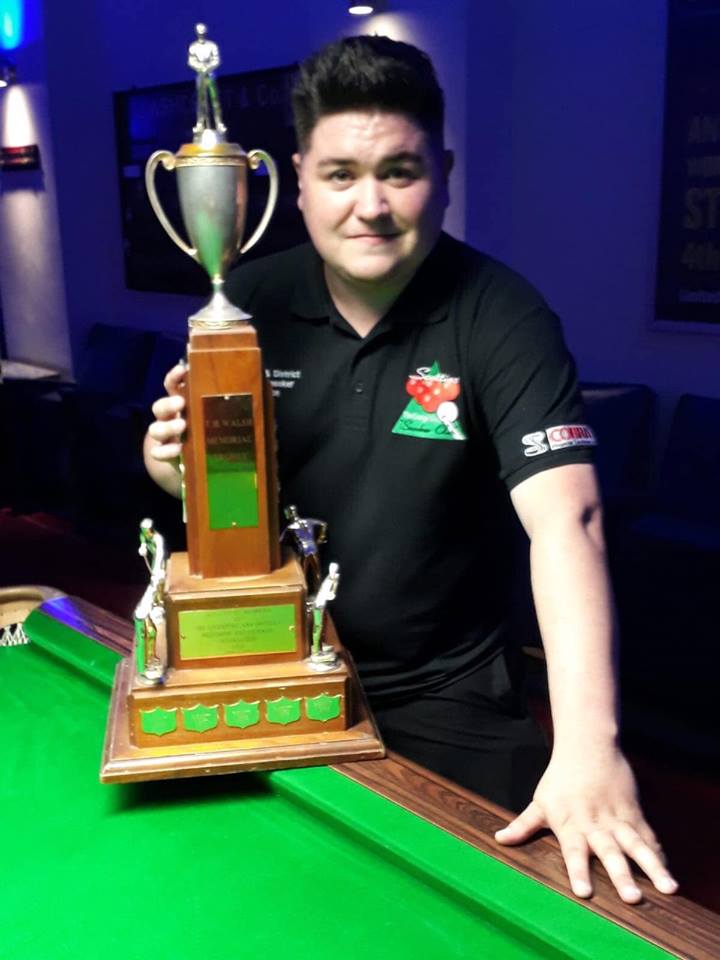 English U19 and U21: Regional Tour winner

Best Sporting moments outside snooker:
1. 2005 Champions League Final – Liverpool vs Ac Milan
2. Tiger Roll winning the Grand National for the second successive year, hope he gets a chance of a third
3. Tyson Fury beating Deontay Wilder in their 2020 rematch

Favourite Places to visit:
My grandparents house!
I haven’t really travelled much but Greece was a gorgeous place, but looking to the future, next years American roadtrip with the lads for Tony Cook’s big ‘Five O’ will be unreal !!

TV Heaven:
Only Fools and Horses, Peaky Blinders, Two pints of lager and a packet of crisps. Difficult to choose the best from those.

Favourite Films:
The Business; Pretty Woman – any one who knows me will understand why!

Highest Tournament Break:
I made a 145 break in a North West U16 event at George Scott’s aged just 15, that was an amazing achievement for me, it was also the highest ever recorded break in that age category.

My First 100 Break:
140 – v Steven Kidd at the Liverpool Snooker Academy when I was 14/15 – that was a great period and a very important achievement for me at the time.

How many 147’s have you made?
I’ve made 13 maximums so far – hopefully more to folllow

What is your chosen ‘walk-on’ music ?
Whatever by Oasis, Great song an brilliant lyrics

Favourite Venue to play:
I always enjoyed playing at Pontins in Prestatyn as a kid, had some great times there, getting to the ‘Star-of-the-Future’ U-19 final losing 4-2 to Nick Jennings when I was 16. I also really liked Preston Guild Hall where they used to hold the Q-school qualifying event, just a great experience getting to play in a venue that has such a great snooker history and it felt just like home.

Which player inspired you ?
I loved Ronnie O’Sullivan, John Higgins and Ding Jun Hui growing up….but also since meeting and getting to know and watch Ian Brumby as a person and player has been just brilliant, like many others, I really do have the upmost respect for him!

What are your best ever achievements?
Although I’d have loved to have gone further in the game, I’m satisfied with what I’ve achieved in the game locally and to be part of the best amateur county side ever….
Representing England at U16 and U19 level was a brilliant achievement for me, something I’m very proud of! Winning the Merseyside Open back to back and also the prestigious Champion of Champions three times on the spin was very special, and of course winning the National County Championships with ‘The Mol’ and a great bunch of lads – that’s what it’s all about! Merseyside aren’t we!!

Who are the toughest opponents you have ever played?
Ian Brumby, John Whitty and playing Zhao Xintong at the Q school.

And Finally…..
If you were playing in the World Final at The Crucible, apart from your family, which 3 celebrities would you invite as your special guests?
Steven Gerrard, Jurgen Klopp and the legend himself – David Jason