The MDSBA are proud to announce a fantastic new Centurion Board for the upcoming season which will feature in all Merseyside competitions and affiliated leagues. We are delighted that ABC Snooker will sponsoring our new scheme for the 2019/2020.

There will be two separate awards. The first award is for the player who hits the highest break across all individual MDSBA competitions. This will be sponsored by ABC Snooker. Any player who scores a century in the competitions will go on to our centurion board for the season. The second award is for the player who scores the highest break across all affiliated leagues which the MDSBA will sponsor. Any cup match break will not count towards the award. The highest break of each league will go on the Affiliated league break board for the season. The awards come into effect from the start of the league season in September. 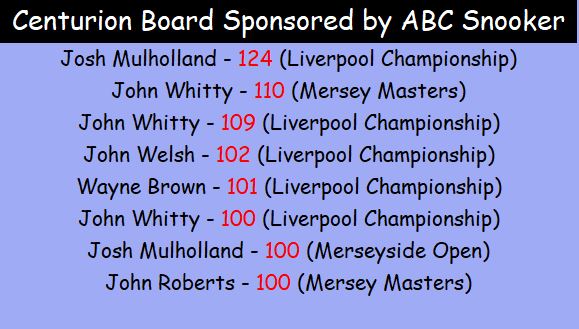 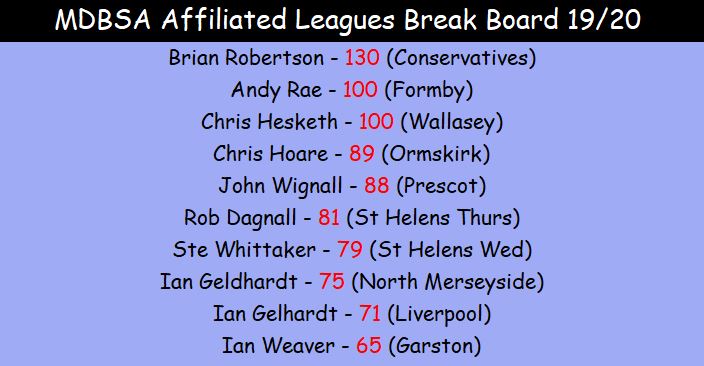